In 1957 American NASA scientists, led by Samuel Herrick, an astronomer who specialized in celestial mechanics, posed for Life magazine alongside a large blackboard, while chalking satellite orbit equations.

Before the days of computers, the team at NASA would have to convey their knowledge in a laborious process: using only the board, chalk and their imaginations. The scientists used maths and physics to calculate complex spacecraft trajectories, navigation and the orbits of spacecraft. 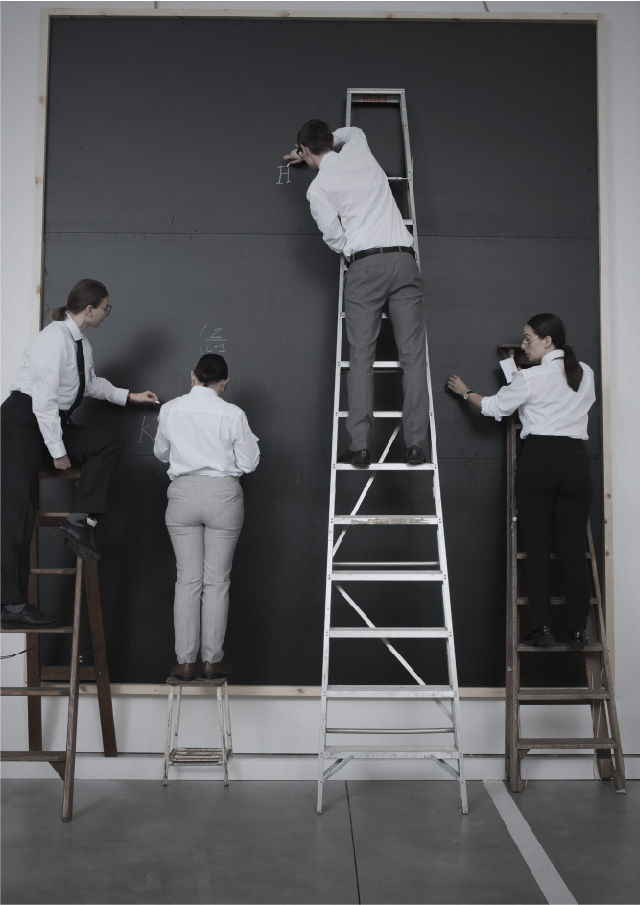 For a complex equation the prominent scientists of NASA would hold “math parties”. Everyone would master one part of the equation
– the first scientist would do their part and hand it off to the next scientist and so on, until the equation was complete.

The Life magazine photos were taken just six days before the Soviet Union launched Sputnik 1 – the first human-made satellite any nation sent out from Earth. And a win in the earliest round of the space race.

The photos from the shoot were then never published in Life magazine.

Sixty years later, a cohort of the four23 team spent a day, in an undisclosed location, hosting their own version of a maths party, recreating the unpublished Life magazine shoot, with the aim to collaboratively illustrate the first ever Satellite Orbit Holiday Equation. 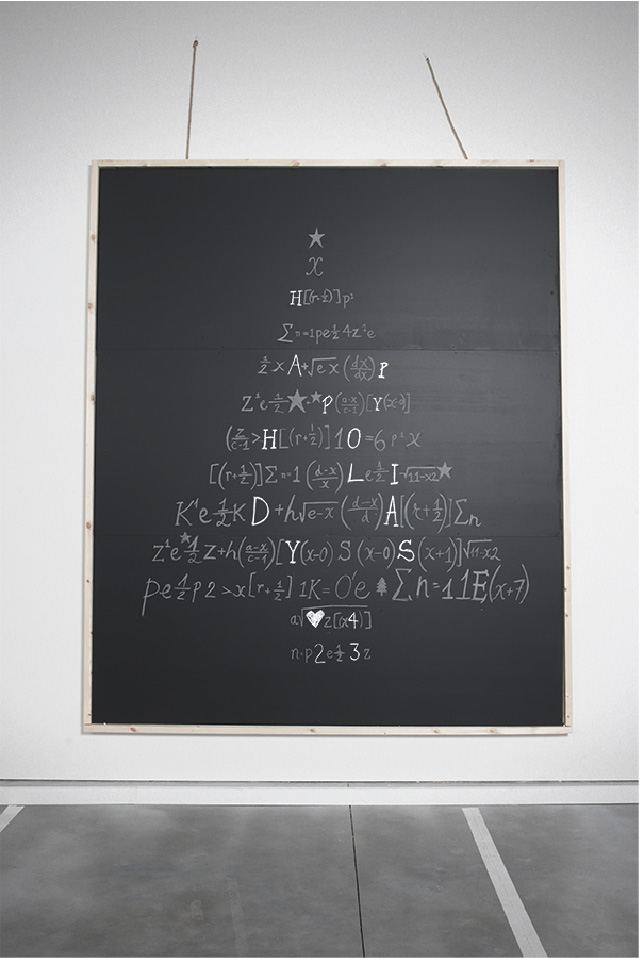